The TACCSAA Conference was held at Lone Star College – Montgomery on March 29 – 30, 2022.  As always, this event helps members stay connected and committed to providing student affairs administrators with information and support to better serve our community college students.

A huge thank you to the Conference Planning Committee for their hard work! 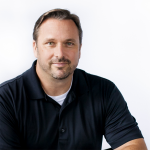 Dr. Mark David Milliron is an award-winning leader, author, speaker, and consultant who works with universities, community colleges, K-12 schools, and many other entities across the country and around the world. He serves as Senior Vice President and Executive Dean of the Teachers College at Western Governors University (WGU).

In addition to his work with WGU, Mark helps catalyze positive change in education through his service on the boards and advisory councils of leading-edge education organizations. In 1999, The University of Texas at Austin’s College of Education named Mark a Distinguished Graduate for his service to the education field. In 2007, the American Association of Community Colleges (AACC) presented him with its prestigious National Leadership Award. In 2013 he was inducted into the United States Distance Learning Association’s Hall of Fame. In 2016 he was chosen by the Chronicle of Higher Education as one of the “Top Technology Innovators” in higher education; and in 2018, Mark was listed by EdTechDigest as one of the Top Influencers in the education technology field

Dr. Russell Lowery-Hart has served as president of Amarillo College since 2014. Amarillo College was named a 2021 Top Five Institution and Rising Star for the Aspen Prize for Community College Excellence.

Russell’s leadership is focused on improving student success through systemic and cultural change centered on one word: LOVE. Under Russell’s leadership, Amarillo College developed the systemic Culture of Caring targeting removal of poverty barriers that was featured in The Atlantic (June 2018) by Marcella Bombardieri and in the documentary on AmazonPrime, The Antidote, from Oscar Nominated and Emmy Award winning directors Kahane Cooperman and John Hoffman.

Dr. Lowery-Hart previously served as Vice-President of Academic Affairs for Amarillo College and named the National Council of Instructional Administrators Academic Leader of the Year for 2014. He received his Ph.D. from Ohio University; M.A. Texas Tech University; and, B.S. from West Texas State University